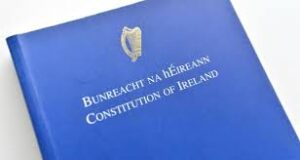 Ireland is a constitutional republic, which means that the fundamental rules that determine how the State behaves, how laws are made, and how power should be used are set out in a written constitution.

It also means that the people of Ireland elect who they want to represent them, govern them, and make laws on their behalf.

The Irish Constitution establishes and describes the main institutions of the State. The power to run the State is divided into 3 separate branches:

The Constitution tries to keep these powers separate to guarantee that there is not too much power in the hands of one institution of the State.

The Irish Constitution says that all of the power of the State comes from the Irish people. 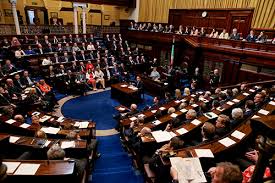 The National Parliament (Oireachtas) consists of the President and two Houses: Dáil Éireann (House of Representatives) and Seanad Éireann (the Senate) whose functions and powers come from the Constitution of Ireland. The Houses of the Oireachtas are situated at Leinster House, Dublin.

The legislature has law-making power. Only the Oireachtas (the national parliament), with the President as its head, can make laws in Ireland.

The legislative power is the power to make laws. The Oireachtas does this by introducing and changing legislation. Articles 15 to 27 of the Constitution give this power to the national parliament or the Oireachtas.

The main function of the Oireachtas is to make new laws and amend existing laws. New laws start as Bills, and must be debated by the Dáil and Seanad and passed by both houses before the President can sign the bill into law. If the Seanad does not pass a bill, the Dáil can still enter the bill into law, but must pass a resolution bypassing the Seanad. When a bill becomes law, it is known as an Act of the Oireachtas.

Any sitting TD (Teachta Dála, the name given to elected members of the Dáil) or Senator can publish a bill and try to have it passed by the House, but the Bill must have the government’s support if it involves spending public money.

The Oireachtas also elects the government and passes budgets for government departments. 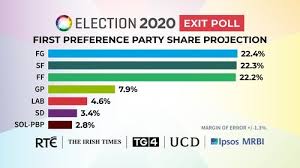 The method of election to each House is different. The Seanad is largely an advisory body. It consists of members who are either nominated by the Taoiseach (Prime Minister), elected by national universities or elected from vocational panels. The Seanad has the power to delay legislative proposals and is allowed 90 days to consider and amend bills sent to it by the Dáil.

The Members of Dáil Éireann (called Teachta Dála or TDs) are directly elected by the people at least once every five years. Since 1922, it has met in Leinster House, on Kildare Street in Dublin. While, in principle, Dáil Éireann is only one of three components of the Oireachtas, in practice, the powers the constitution grants to the Dáil make it by far the dominant branch, meaning that most proposals passed by Dáil Éireann will ultimately become law.

The President (Uachtarán na hÉireann) exercises his/her powers on the advice of the government. The President also has absolute discretion in certain matters, for example, referring a Bill to the Supreme Court for a judgment on its constitutionality. The President is elected directly by the people every 7 years. 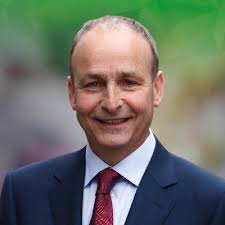 The executive has the power to enforce the law, run the departments of the State, and set the agenda of the Oireachtas. The government, led by the Taoiseach, has the executive power of the State.

Executive power includes the power to execute or carry out laws with the assistance of the civil service, police force and military. The head of Government is the Taoiseach, who is nominated by the Dáil. The Taoiseach nominates a deputy (the Tánaiste) and a cabinet of ministers to take responsibility for the departments of government.

The Government is usually formed by the largest party in the Dáil after a general election. A Government formed from two or more parties is called a coalition government.

The government will not survive without the support of the majority of TDs. 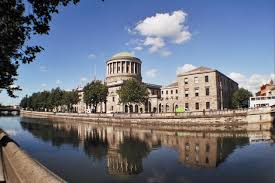 Under Article 35, judges of the courts are independent of the government and can only be removed through a resolution of both houses of the Oireachtas for misbehaviour or incapacity.

Judges are appointed by the President, who acts on the advice of the Government. The Judicial Appointments Advisory Board advises the Government on suitable candidates for the bench.

It is almost always the Government of the day that propose new laws. A Minister presents a Bill to the Dáil or Seanad for discussion and decision. A Bill is proposed legislation – after it is passed and signed by the President, it is called an Act. Occasionally, a TD or Senator presents what is called a Private Member’s Bill. It is very rare for such a Bill to get beyond the first stage – the reasons for this are political rather than legal. However, some important legislation in recent years has resulted from Private Members’ Bills – notably The Judicial Separation and Family Law Reform Act 1989. The procedure is the same whether the Bill is proposed by the Government or by a Member.

Usually, a Bill is presented by a Minister to the Dáil. Occasionally the process is started in the Seanad but any Bills dealing with taxation or related matters must start in the Dáil. Each Bill has to go through a number of stages or readings. It can be defeated at any of these stages and, if this happens in the Dáil, the process ends there. The Seanad can only obstruct a Bill. In practice, Government Bills are not often defeated. You can view all Irish legislation 1922 to date here.

The first stage or reading just involves presenting the title of the Bill to the Dáil (or Seanad). In effect, that just allows the Bill to be printed. The Bill is then circulated to all TDs (or Senators) and there is a second reading. At this second stage the Minister who is presenting the Bill explains what it is all about. The next stage is called the Committee stage. The Bill is analysed in detail at this stage and amendments may be put down either by the Government or the Opposition. The fourth stage – sometimes called the report stage – involves an overall discussion and again, amendments may be put down and voted upon. The next stage involves sending the Bill to the other House (the Seanad usually) where a similar procedure is followed.

The Seanad cannot amend or defeat a money Bill. It can amend and delay other Bills.

When the Bill is passed by both the Dáil and Seanad it is sent to the President for signature. The Bill is now an Act. It may become law immediately after the President signs or there may be a clause or clauses in it which specify when it will come into effect. 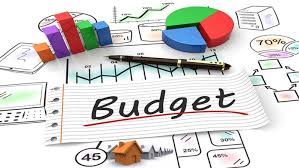 Each year, the Government prepares the Estimates of the Receipts and Expenditure of the State. This is an outline of the costs of running each Department and Office of State. The Estimates are published before the annual Budget. The Dáil and the relevant Committees debate the Estimates in detail. The Estimates are passed by the Dáil and are given statutory effect by the Appropriation Act. The Budget is given immediate legal effect by financial resolutions of the Dáil on the evening of the Budget speech. The Finance Act must be passed within 4 months of the Budget.

The Comptroller and Auditor General is appointed under the Constitution to control on behalf of the State all disbursements and to audit all accounts of moneys administered by or under the authority of the Oireachtas. The Comptroller’s functions are set out in legislation.

In general, Committees deal with Estimates of Expenditure, Committee Stages of Bills relevant to their terms of reference and related reports. It is common for Committees to invite voluntary and community organisations and/ or experts to make submissions to them on various issues and it is also common for such organisations to ask to make a submission.