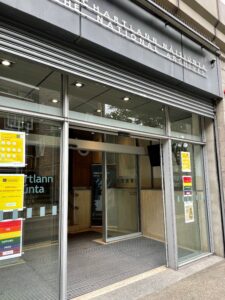 The National Archives of Ireland is Ireland’s repository for records relating to administrations, Public Records (administrative, court, and probate records), and records of Government Departments and their agencies.

Recently the NAI agreed that an organisation that had handed over their old archives to the National Archives, would be allowed to film them. Very unusually, it allowed the archives to be taken from its offices for the duration of the project. Filming them on the premises of the NAI would mean spending a long time there. Because of COVID-19 this was not considered best practice from a health point of view.

Taking the opportunity, Genealogy.ie was asked to digitise the 20 boxes of archives, with due care.

The archive consists of documents, pictures, certificates, logbooks, etc. in many different formats and sizes. Some were individual documents, some stapled together and others were in book form. 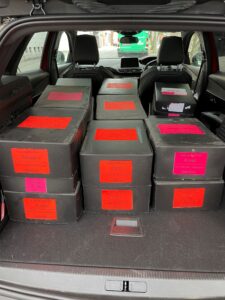 To be able to cope with the vast amount of archive material Genealogy.ie decided to invest in some proper equipment, which you can see in the pictures below. It comprises a high-resolution camera, mounted in a stand. In manual mode, there is a handy separate remote control button to take a picture. But there is also an automatic mode, which takes a picture every 5 seconds. 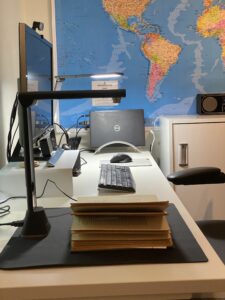 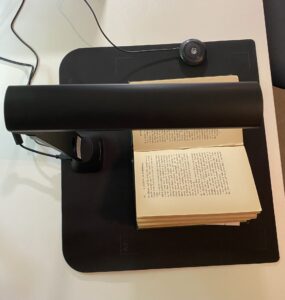 The software that comes with it allows you to crop and adjust the pictures and export them in a number of different formats, includes searchable PDF. This way, not only are the archives copied, but also digitised. 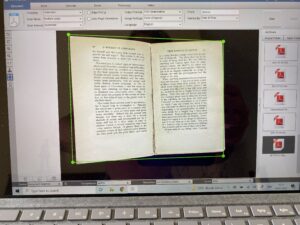 Even with the new equipment, the project will take about 3 weeks to complete.