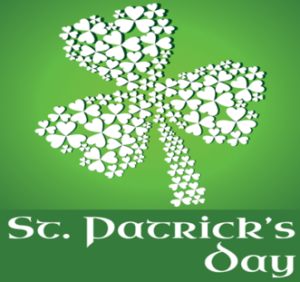 We in Ireland are looking forward to next weekend, when we celebrate St. Patrick. Patrick is Ireland’s most famous saint. He lived from ca. 385 to ca. 465 AD. He was born in Roman Britain, apparently in a well-to-do family. This did not protect him from being kidnapped by Irish marauders who sold him into slavery in Ireland. He managed to escape and return to his homeland, where he became a priest. It was in this role he returned to Ireland, this time to convert the then still pagan Irish to Christianity.

The parade in New York City, this year under Grand Marshal Loretta Brennan Glucksman,is one of the biggest parades on New York’s calendar. It has been going since 1762 (although initially it was a gathering and not a parade).

In Ireland St. Patrick’s Day has been turned into a 5-day festival. This year it takes place from 15-19 March. You can read all about it here: St. Patrick’s Festival Dublin 2018

It is also a busy time for genealogists, as many Americans, Canadian, Australians, etc. want to learn more about their Irish roots. If you have a friend, family member or acquaintance who is interested in his or her Irish ancestry, can you imagine how happy they would be to get professional help?

Here at Genealogy.ie we sell vouchers in USD, EUR and GBP and in various amounts. You can order them by clicking on the picture below. 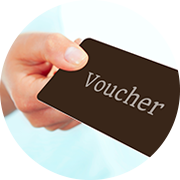