We were inside Dublin’s Defensive Martello Towers

Click on the photo for a larger picture or scroll down for the text. 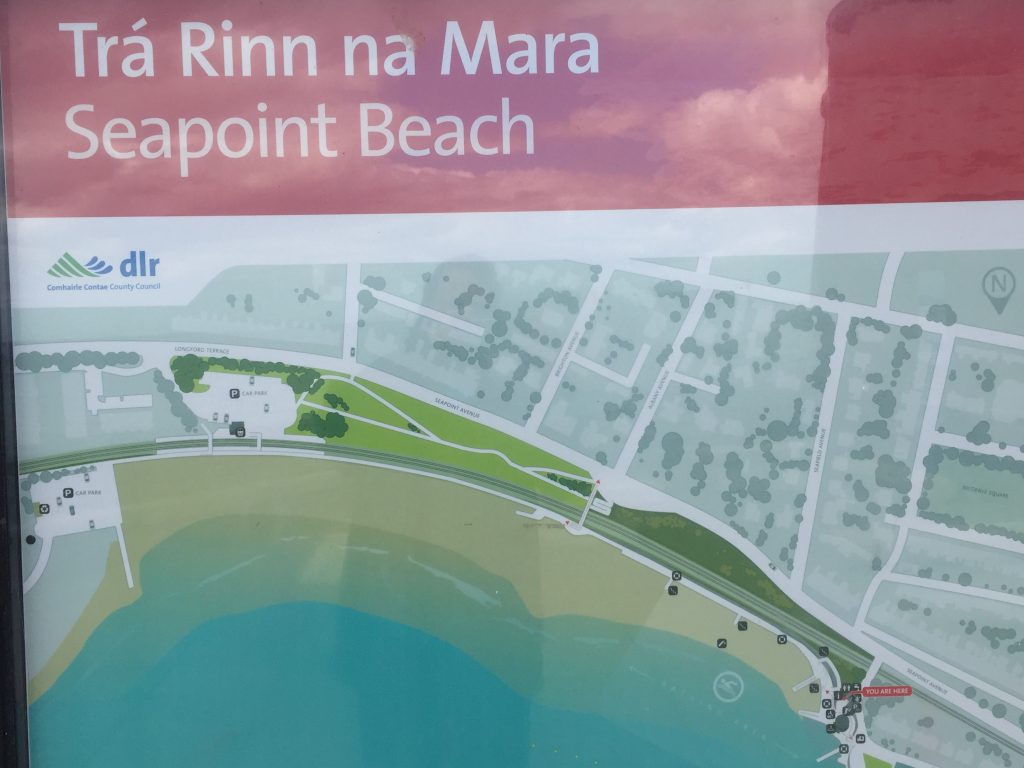 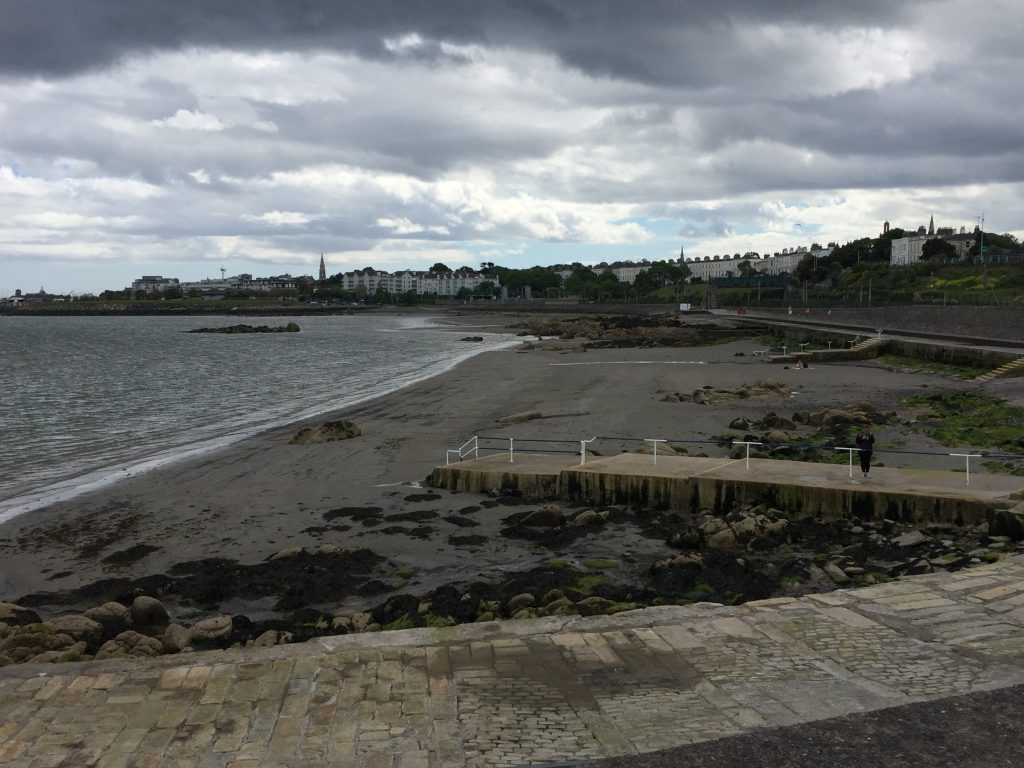 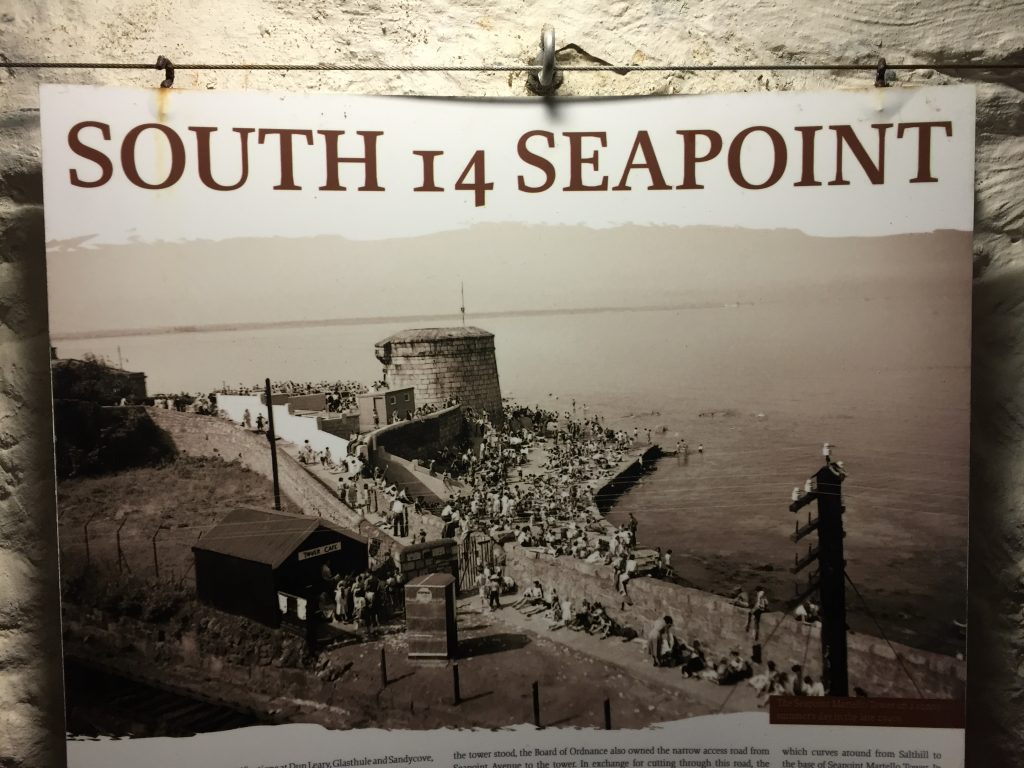 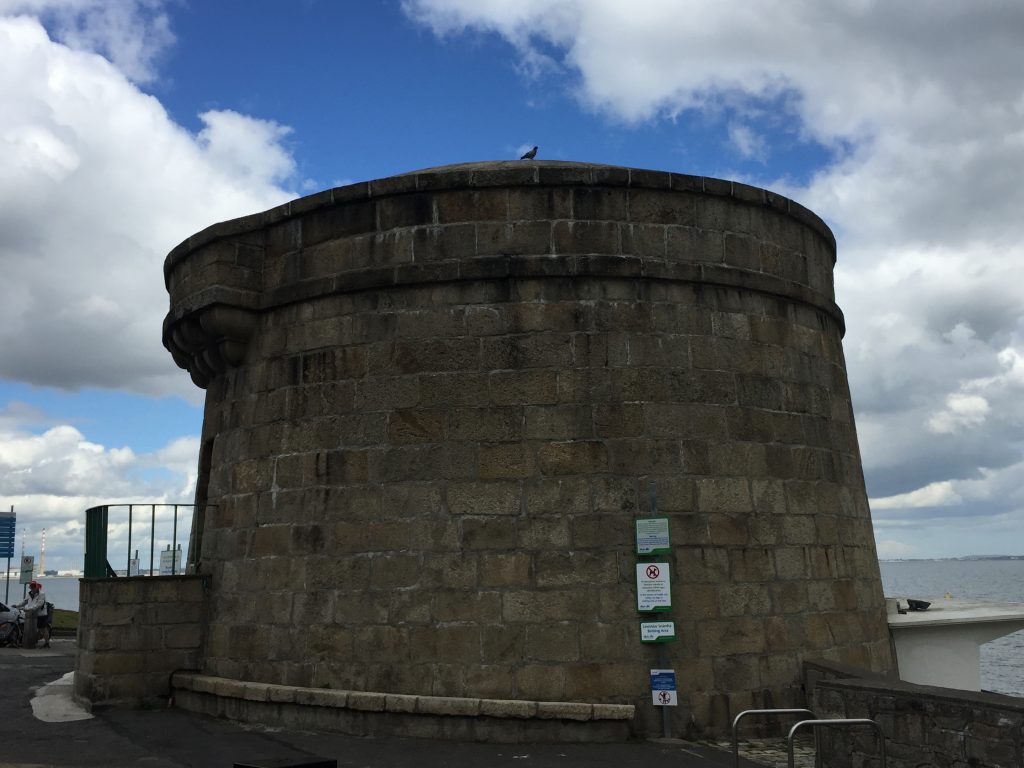 Tower as it is today 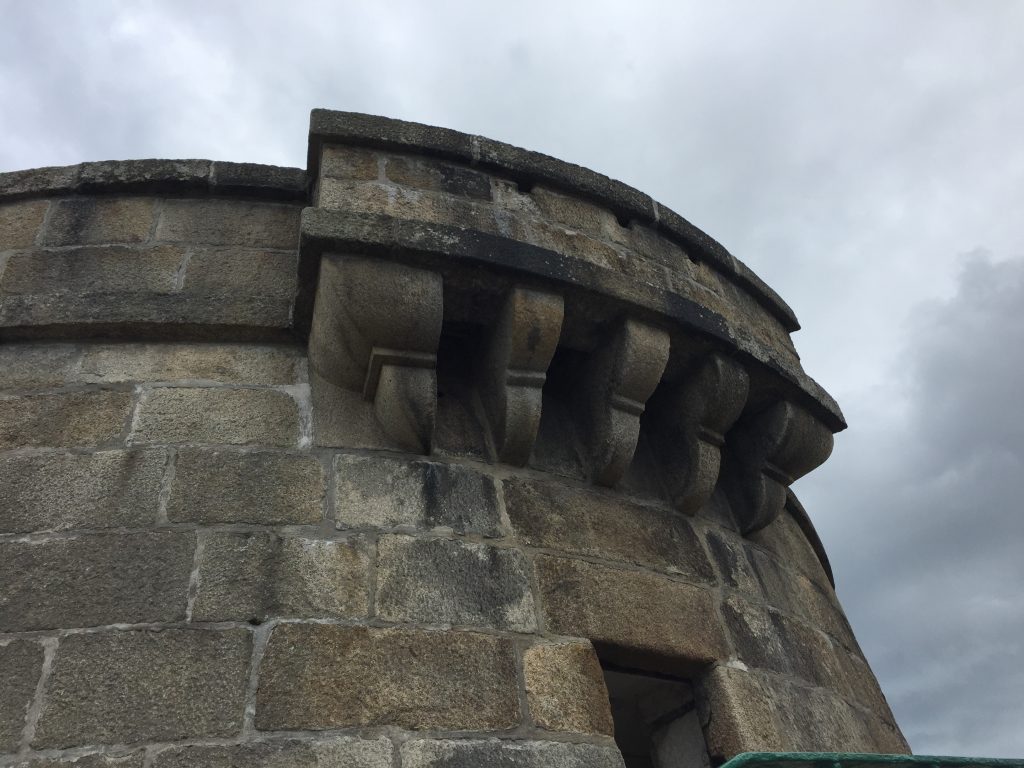 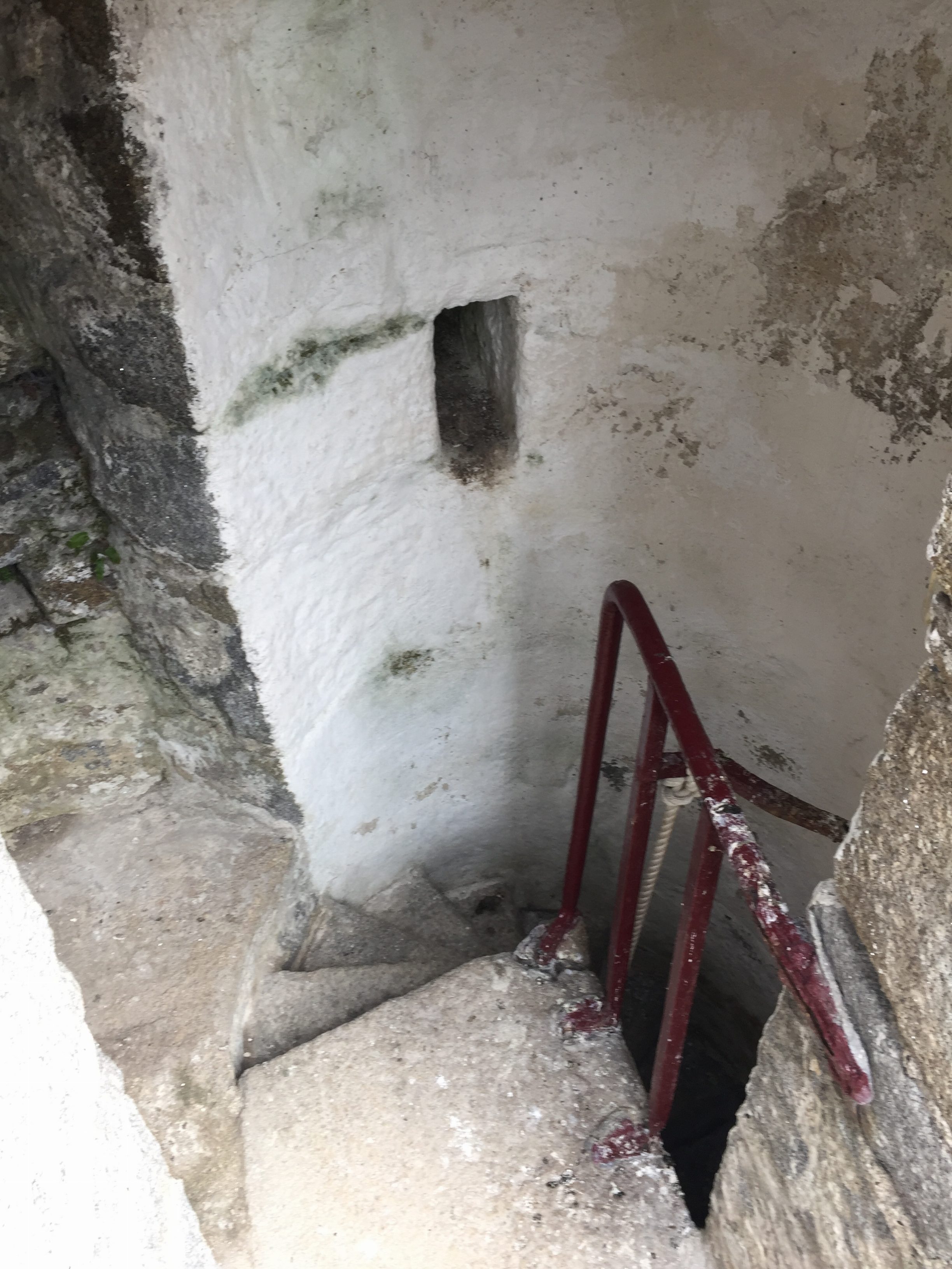 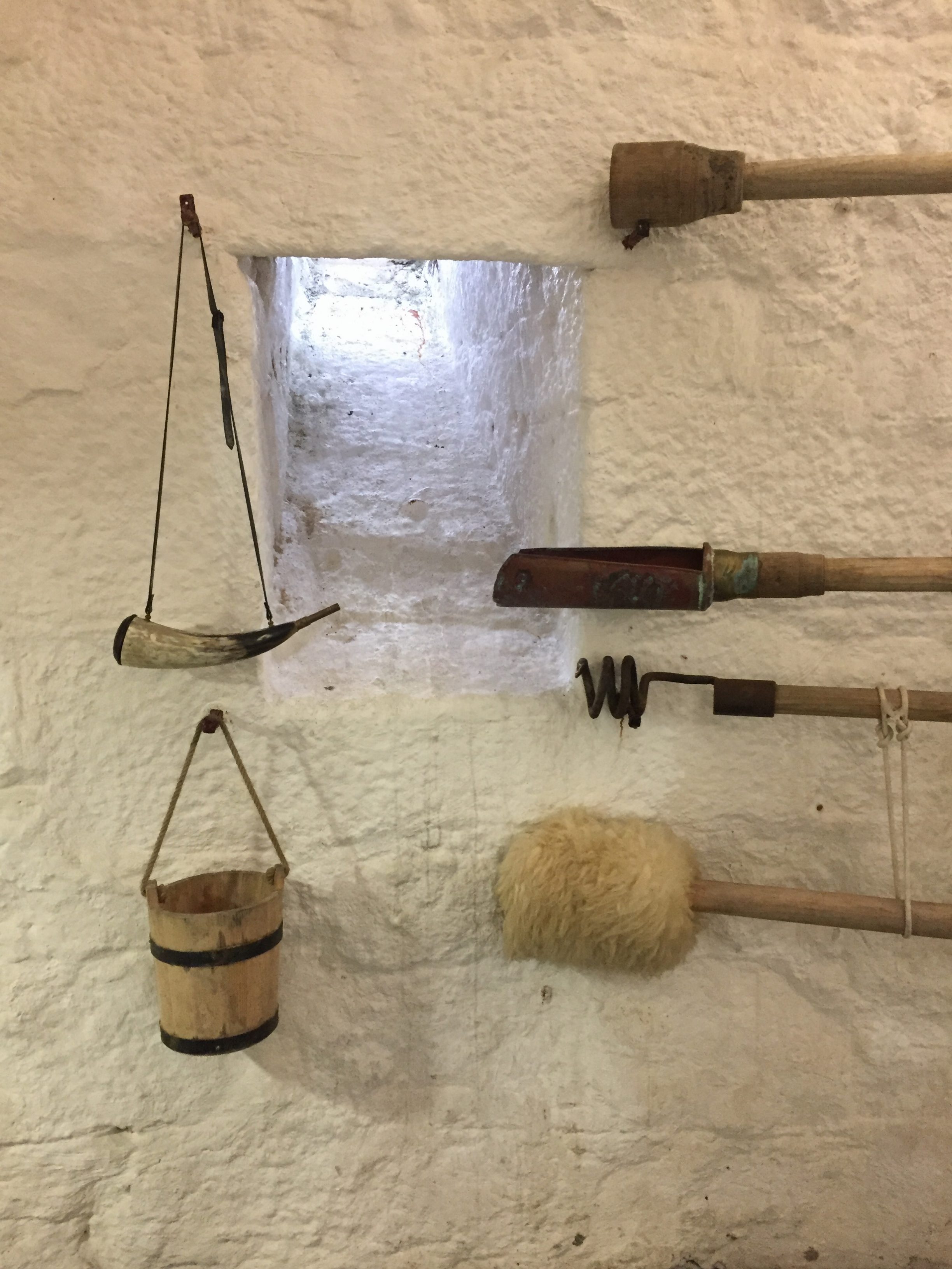 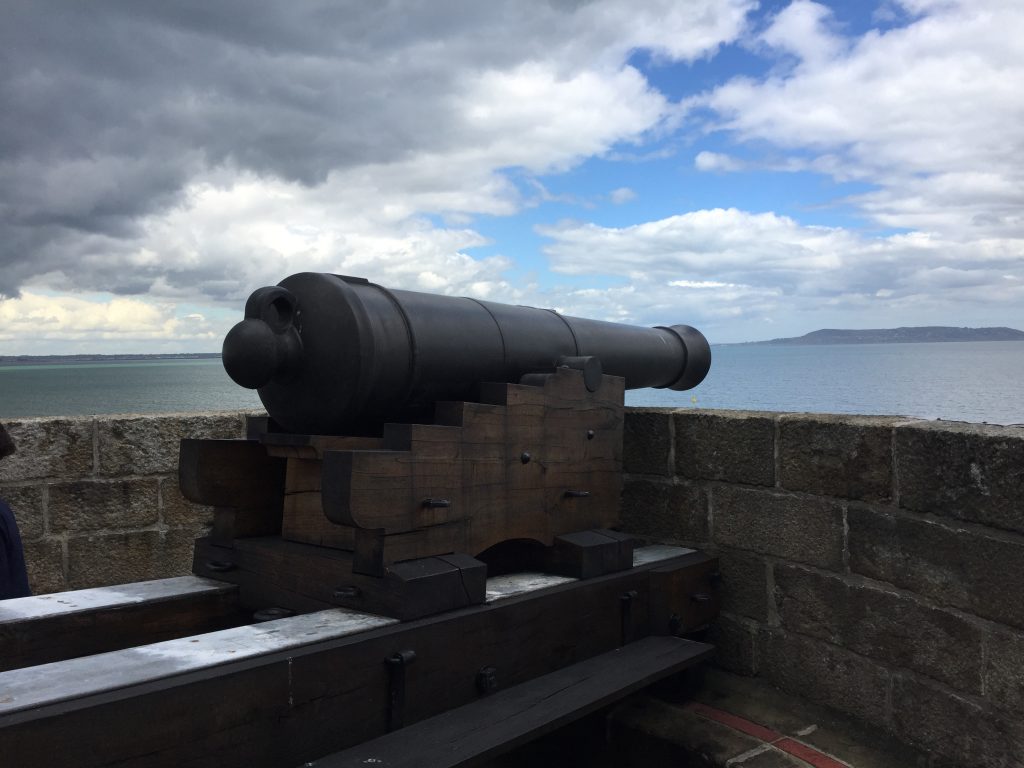 Martello towers are small defensive round towers that were built across the British Empire during the 19th century. They were named after the “Torra di Mortella”, which in 1794 kept an entire British fleet at bay for two days. It was captured in the end, and the British marveled at the fact that this small fort with only a few men had resisted for so long. So they decided to copy it.

In Dublin they were built after the French Revolution, to ward off a potential invasion.  Most towers have 2 floors and are approximately 40 feet/12 meters high. They would be guarded by a small garrison of about 20 men, commanded by 1 officer. The officer would be responsible for the health and well being of the men. He would normally reside downstairs, where he could keep an eye on the stocks and weapons.

Because the towers were round, and were constructed of very thick walls of solid masonry, they could withstand cannon fire. At the same time, their height made them an ideal platform for a single heavy artillery piece. This cannon could be found on the flat roof. It could be turned and thus cover a large area. By building a string of these towers, with overlapping ranges, they covered the entire Dublin coast.

In Dublin they never fired a shot in anger and they became obsolete towards the end of the 19th Century. Quite a few have survived to this day, like the one in Seapoint, pictures of which you can see on the page. We visited this tower as part of the Summer Heritage program of the Dun Laoghaire County Council.

For a YouTube video impression of the Seapoint tower, click on the link (opens in a new window).

Another tower is open all year, as it is now a museum dedicated to James Joyce. Admission is free. Follow this link for more information

We hope you enjoyed these photos and the story. Why not have a look at the rest of our website?