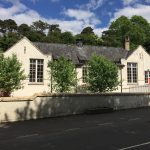 This is an article we wrote giving a snapshot of a 19th Century primary school – the type of school your Irish ancestors would have gone to. It was published in an edited from in “Your Genealogy Today”, a North American genealogy magazine.

In the 1901 and 1911 Irish Census records a note would be made if your ancestors could read and write or not. Most could, so clearly they had enjoyed some form of education. However, most children would come from poor, rural families and would be expected to work from an early age. So, how could they also go to school? How did they pay for it? What were these schools like?

Looking at school records, especially when combined with other local records, can answer a lot of these questions and give a great snapshot of how your ancestors would have spent their schooldays. They would have been quite different than ours! Thankfully, there are records available on a lot of schools in the National Archives of Ireland, because most if not all schools would have requested subsidies from the Department of Education at various times of their existence. Schools were looking for these subsidies because, although they were mostly opened and run on the basis of private initiative, they wouldn’t have been able to survive without government assistance.

To illustrate what you would be able to find out, the rest of this article is looking at a typical school, St. Mary’s National School in Sandyford, now a suburb of Dublin, then a small village some distance outside the city.

As was often the case, the initiative to open this school was taken by a member of the church. The parish of Sandyford was formed in 1829. Fr. Patrick Smyth became parish priest of the new Sandyford Church (as well as the nearby Glencullen Church). He was a big supporter of providing education to the poor, as will become clear below. Local land owner Daniel McKay, who owned the “Moreen” estate, was prevailed upon to give land towards a new school. Several fundraising drives followed. The school finally opened on 25th January 1841. On the 4th February 1842, Reverend Patrick Smyth wrote a report for the application for aid for his new school. In it he gave us a good description of how the school looked like and how it was run. The school was located in the Taney parish, Balally townland and Barony of Rathdown. It had its own purpose-built building, which had been constructed by private donation. It was constructed from limestone and had a slate roof. It was 60 foot long and 35 foot wide. It had two separate rooms, one for male pupils (35 foot by 20 foot) and one for female pupils (30 foot by 20 foot). There were also 4 small apartments for the teachers. In the “male” room, there were 11 desks and in the “female” room 7 plus a large table. Each room was said to be able to accommodate from 100 to 120 pupils! The principal was Cornelius O’Driscoll, who also taught in the Glencullen school. He was only 20 years old, but was described as ‘trained’. He was assisted by Jane Reilly, also 20 and trained at the Kildare Place Society (see box). Rev. Smyth considered Jane “infinitely well qualified for her duty, both from the beautiful specimens of needlework she showed me as well as from the clear and efficient manner she displayed in the examination of her pupils.” The teachers were paid £8 per year. This was also funded by charity, from a legacy, which earned £17-10 interest per year. Pupils also had to pay, 9p per week. All pupils were “from the poorer classes”. At the start they had 84 male pupils and 93 female pupils on the books. Average attendance however was 55 and 70 respectively.School hours were from 10 AM to 2 PM in winter and until 3 PM in summer, 5 days per week. The main books used were for teaching arithmetic, grammar and geography. There was also daily religious instruction from 2.30-3 PM and all day on Fridays!

As you can see, the records are a veritable treasure trove of information. From them we learn that the school day would be relatively short, leaving time for children to help their families. Despite this, absenteeism was high, likely for the same reason. Only a few topics would be taught, with religion taking a very large place in the curriculum. Conditions would be basic. Pupils would only pay a very small amount towards their education, which was the reason why schools would be raising funds, rely on charity and asking for subsidies. The above will hopefully give you an idea of how a typical school day looked like in 1842 in St. Mary’s. Thankfully much has changed in this particular school that still goes strong today. Who knows what the records will tell you about your ancestors’ school?

In the nineteenth century, schools were funded by charity from wealthy people like Daniel McKay, fees paid by pupils and/or by voluntary societies. The “Society for Promoting the Education of the Poor in Ireland” was one of the most successful voluntary societies. It was popularly called “Kildare Place Society”, because this is where its offices and model schools were in Dublin. It was founded in 1811 with the aim of providing non–denominational education (which meant the bible would be read without comment). The society gave money to help build schools and hire teachers (it was itself getting money from the government from 1816 until 1831, when the government starting setting up a national school system). It also provided training to teachers and produced schoolbooks. Finally, it employed inspectors to check on the teaching and conditions in schools.

Comments Off on Your Irish Ancestors’ Schools 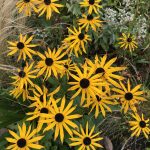 Yesterday, we had a lovely visit to June Blake’s Garden in Blessington, Co. Wicklow. Even on a autumn’s day it was a sea of colour and life. Huge thanks to June and her son Dara for the very informative tour. You can find out more about June’s garden and the holiday rooms she has available to rent here: June Blake’s Garden.

Below you can enjoy our short video of our visit.

Comments Off on June Blake’s Garden