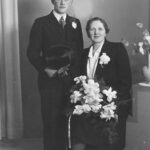 A picture is worth …

A few months ago, a window of opportunity to travel opened up here in Ireland. Our own Michael van Turnhout decided to visit his family in The Netherlands. The last time he visited his mother had been in January 2020, and the opportunity to visit was warmly welcomed. 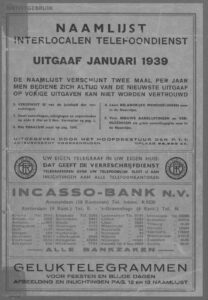 One thing he had promised his mother was that during his stay, he would bring her to some of the old addresses she had lived as a child, including the address where she was born. As her family had moved within a year of her birth, she could not remember it, nor had ever visited it. Thanks to some pre-travel research, we had discovered the address. This was not as easy as it sounds, as most cities and towns in The Netherlands renumbered their streets at some stage after the Second World War. So whilst we had an address, that address no longer exists. We just knew the street, which unfortunately for us is a very long one. It took the combination of a number of sources (newspaper, land registry, and municipal archives, old phonebooks and even a war diary of a local published online) to find it. 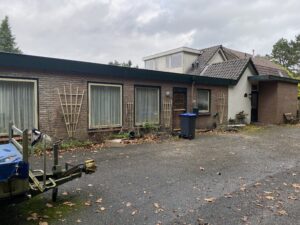 Address where Michael van Turnhout’s mother was born. Modern dwelling to the left, old company premises in white to the left.

The house itself had been replaced by a more modern dwelling, but the hall behind it – where Michael’s grandfather ran a milk business – still exists, albeit that it has been converted into a separate house.

Spurred on by this trip, Michael’s mother produced an old photo album that she had inherited from her mother, his grandmother. The pictures had been added without any comment and in a seemingly random manner. It was (relatively) easy to recognise Michael’s mother and her brother as babies, children, and young adults. But there were also lots of pictures of his aunt, who had died at a very young age before he was born. Michael had seen pictures of his maternal grandmother before, but was amazed to see pictures for the first time of his grandfather, great-grandfather, and great-grandmother. The oldest pictures were 100 years old! 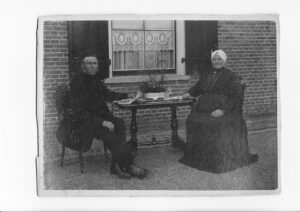 There were many other family members. It was only possible to put names to the many faces thanks to the amazing memory of Michael’s mother. Michael took of course many notes, and is now in the process of cataloging the collection, preserving the information. 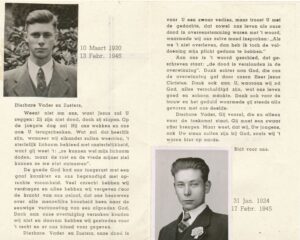 Michael’s mother also told the sad story of two of her nephews, Theo and Arie Klever. During the Second World War, they joined the resistance against the Germans who had occupied The Netherlands. Their local resistance group was however betrayed. When the Germans tried to arrest the group, a firefight resulted in the death of  Theo. As several German soldiers had been killed too, out of revenge, the Germans executed 7 young men, some not even attached to the group. Arie was one of them. Both Theo and Arie were only in their twenties, and this happened just a few months before the end of the war. The story of the betrayal has been turned into a book and later also a documentary (in Dutch).

If you get the chance to visit a member of (a) previous generation(s) of your family this Christmas, why not ask them if they have any old family photo albums? And if they do, why not take some time to go through the pictures, ask as many questions as you can and take copious notes.

THE TEAM AT GENEALOGY.IE WISHES YOU A HAPPY CHRISTMAS AND A FANTASTIC 2022! 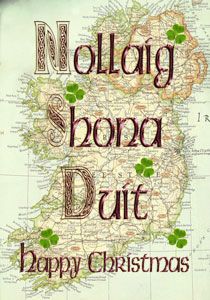 Comments Off on A picture is worth …