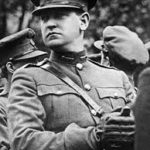 About a month ago we attended a workshop at a conference about politics in Ireland one hundred years ago. We believe some of the notes we took are worth sharing.

Before doing that, we want to set some context: one hundred years ago, in 1919, the War of Independence started in Ireland. This was in effect a guerrilla war fought in Ireland from 1919 to 1921 between the Irish Republican Army (IRA, the army of the Irish Republic) and British forces: the British Army, along with the Royal Irish Constabulary (RIC, the police force) and its paramilitary forces the Auxiliaries and Black and Tans. Michael Collins is often depicted as the leader on the Irish side, but he did not start out as such and technically never was.

The War of Independence was a culmination of what had started in Easter 1916. Then the Irish Brotherhood via the Irish Volunteers (or at least part of that organisation) and the Irish Citizen Army launched a rising against British rule. Michael Collins did take part in the rising but only in a minor role. The rising was defeated a week later but the harsh British response led to great popular support for the Irish republicans.

As a result, in the December 1918 election, the republican party Sinn Féin won a landslide victory in Ireland and formed on 21st January 1919 a break away parliament (Dáil Éireann) and government and declared Irish independence. Eamon de Valera was its leader.

And now for some of the notes we took.

The parliament was quite different from what we expect from a legislative house. To ensure that not all TD’s (Teachta Dála, or members of parliament) would not be arrested at the same time, when a sitting was called, some got a letter stating “You are invited not to attend”! It only met 21 times in two-and-a-half years, with two gaps of 4 and 8 months respectively. In its entirety its minutes only amounted to 300 pages.

It was however successful in setting up ministerial departments. Arguably the best run of these were the Department of Finance, led by Collins, and that of Local Government which had Cosgrave at its head. The latter department was based in Wicklow Street, in an office masquerading as an Insurance company. Before leaving, Cosgrave would put on a disguise, as he was a wanted man. This did not fool everyone however, and one day, leaving his office, he was greeted by a beggar with the words “Please spare me a copper, Mr. Cosgrave.”

Not all were able to evade the British forces. By accident De Valera, the leader of the Irish government, was picked up in Blackrock, a suburb of Dublin. The local police must have been disgusted to get an order from British Prime Minster Lloyd George to release their catch! This was because at that stage, Lloyd George had realised he could not win the war and he needed someone to negotiate with.

The War of Independence was fought by the Irish Army. However, it always adhered to the civilian government, as least in theory. The negotiations also took place between the civilian governments of the United Kingdom and that of what would later become the Republic or Ireland. The veneer was kept intact that a civilian democratic government was in charge. This was important for Ireland’s future development. The country easily could have gone autocratic a number of times in its history. Thankfully the seeds of democracy were sown and Ireland has always been a democracy.

Back to the negotiations however: De Valera was still the leader of the government. Rather than leading the delegation himself however, he requested Collins to lead the negotiations.

Collins had become notorious. The British press had created an image of Collins as a most dangerous man, responsible for most violence in country. Collins was a mystery for a lot of papers. Once a paper even thought he did not exist. Others described him as the most wanted person in world, thought he had dozens of doubles and was even called the Moriarty of the IRB. A US reporter wrote he did not find a man, but a god. There were stories of Collins dressed as a monk or woman, some even saying Collins kept trinkets of his murders. He was called a bloodthirsty chief, mysterious Mike.

When negotiations started officials on the British side were disappointed. Descriptions from them at the time said he had the demeanor of a civil servant, that he was uneducated, stupid, ordinary. Although all agreed he was a good military leader. 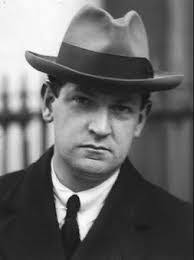 In fact it is not even certain Collins ever killed anyone, or even fired a gun. He was a manager, an organiser. One of his biggest accomplishments was the ensure money would come in and was managed properly. He did create his murder squad (called Collins squad, or the 12 apostles), but was not in control of most of the violence in the country. He was however very accomplished in PR – using outrages about the violence committed by the British forces to his advantage, and he is thought to have stopped a plan to kill the British government because it might lead to adverse opinion. And he probably fanned the imagination of the British papers, leading to the above descriptions. However, violence was for Collins functional and not an aim. Despite photos of Collins in an army uniform are the best known, he only wore one in the last 6 weeks of his life. And again the reason was more political than military: he was trying to convince the army to support the treaty he had negotiated with the British. The treaty that would lead to Irish autonomy and as Collins predicted, would form a stepping stone to Irish independence. Unfortunately he had to fight a Civil War first against the opponents of the treaty, which would lead to his killing in 1922. 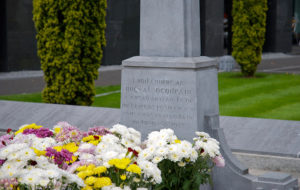 Comments Off on Notes about Michael Collins