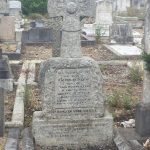 This blog contains a large photo gallery of Deansgrange Cemetery. Please give it a moment to load!

Deansgrange Cemetery is located in the local council area of Dún Laoghaire–Rathdown, a suburb of Dublin. It is open to the public. The cemetery is, together with Glasnevin, one of the largest in the Dublin area, occupying 65 acres. (So if you want to visit a particular grave, you should find out first where it is!). First burial was Anastasia Carey, 41 years, Servant St. Joseph’s Orphanage, 27th January 1865.

Hover over the pictures below to see the title; click on them to see a larger picture and its story.

Disclaimer: Most of the stories in this gallery are from gravedigger “John”, who told them to us during a “Dun Loaghaire Heritage Tour” of the Deansgrange Cemetery.  They come from relatives who visited the graves and some have been told from colleague to colleague and even generation to generation and might therefore not be accurate. They are certainly very entertaining. Thanks for the stories, John.

We hope you enjoyed these photos and their stories. Why not have a look at the rest of our website?

Comments Off on Gravedigger Stories from Deansgrange Cemetery 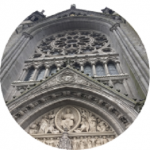 Cobh, pronounced Cove and previously known as Queenstown, is near Cork in the South West of Ireland. It is well worth a visit if you are in the area.

First of all, it is a a very important port in the history of many Irish families. Of the 6 million Irish who left Ireland between 1848 and 1950, 2.5 million left from the port of Cobh. If you are doing your research, please note that Cobh was renamed Queenstown after the visit of Queen Victoria in 1849. It remained so until the early 1920s and the formation of the Irish Free State.

The port is also famous as the last port of call for the ill-fate Titanic. The tenders “Ireland” and “America” brought 123 passengers to the ship from Cobh . Seven lucky passengers disembarked at Cobh including Jesuit priest Father Francis Browne and the Odell Family. Their photographs, taken aboard, are now world famous. Of the 123 passengers, 79 perished. There is a fantastic museum (there is an admission fee) in Cobh telling their story, located in the original departure building. We have included a link to their website below. 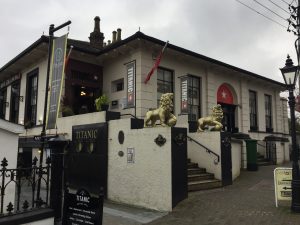 Only a few years later, in 1915 1,198 people perished when the Lusitania was sunk off the Cork coast by a torpedo fired by a German U-boat. Only 289 bodies were recovered. 169 were buried in the Old Church Cemetery just outside the town in three mass graves while only 20 were buried in individual plots.

Dominating the town is the Roman Catholic Saint Colman’s Cathedral that is perched on the hillside. It is a magnificent neo-Gothic building that took 47 years to build, starting in 1868. For many Irish emigrants, it was the last bit of Ireland they would ever see. (Click on photo to see a larger picture). 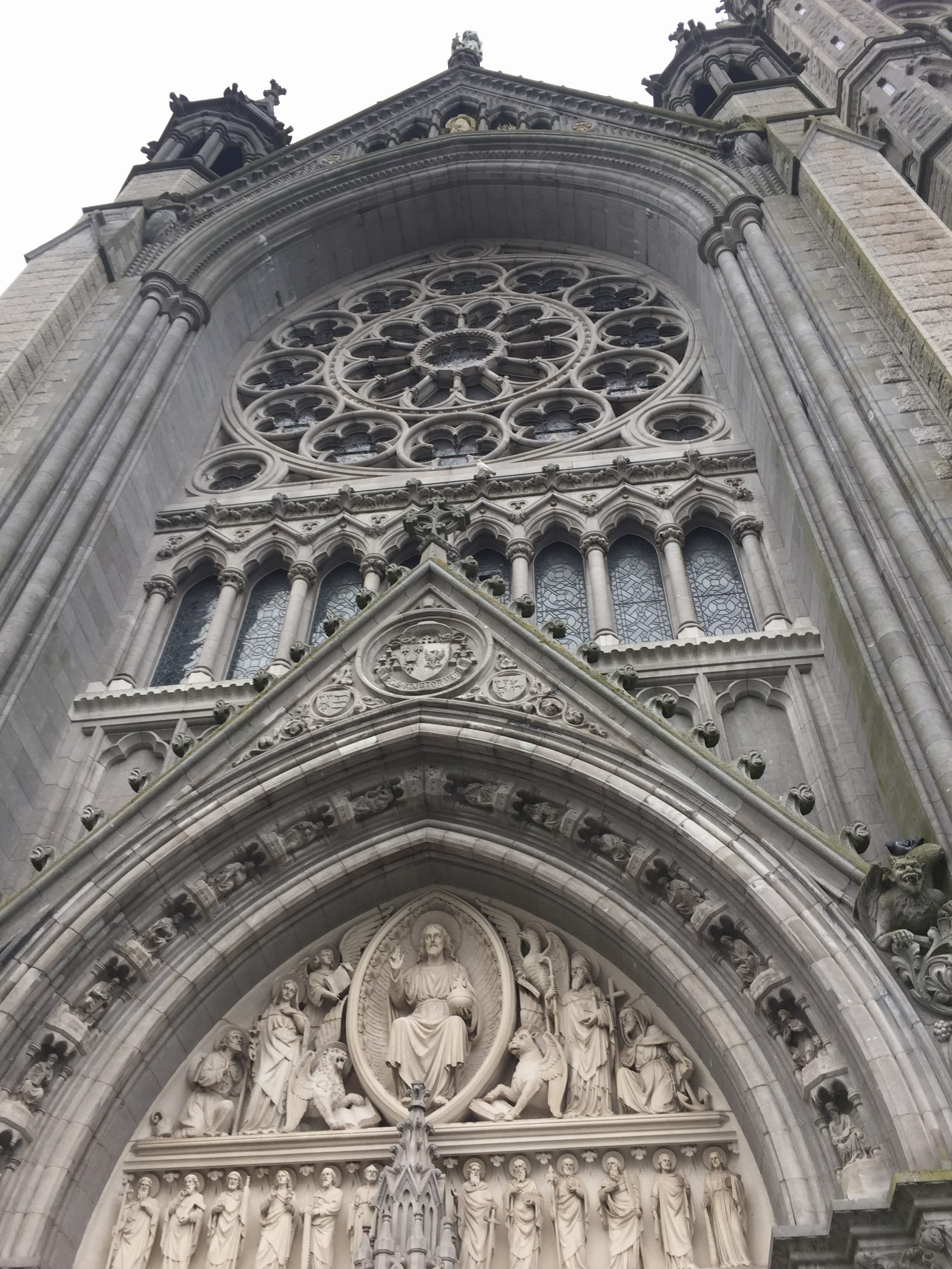 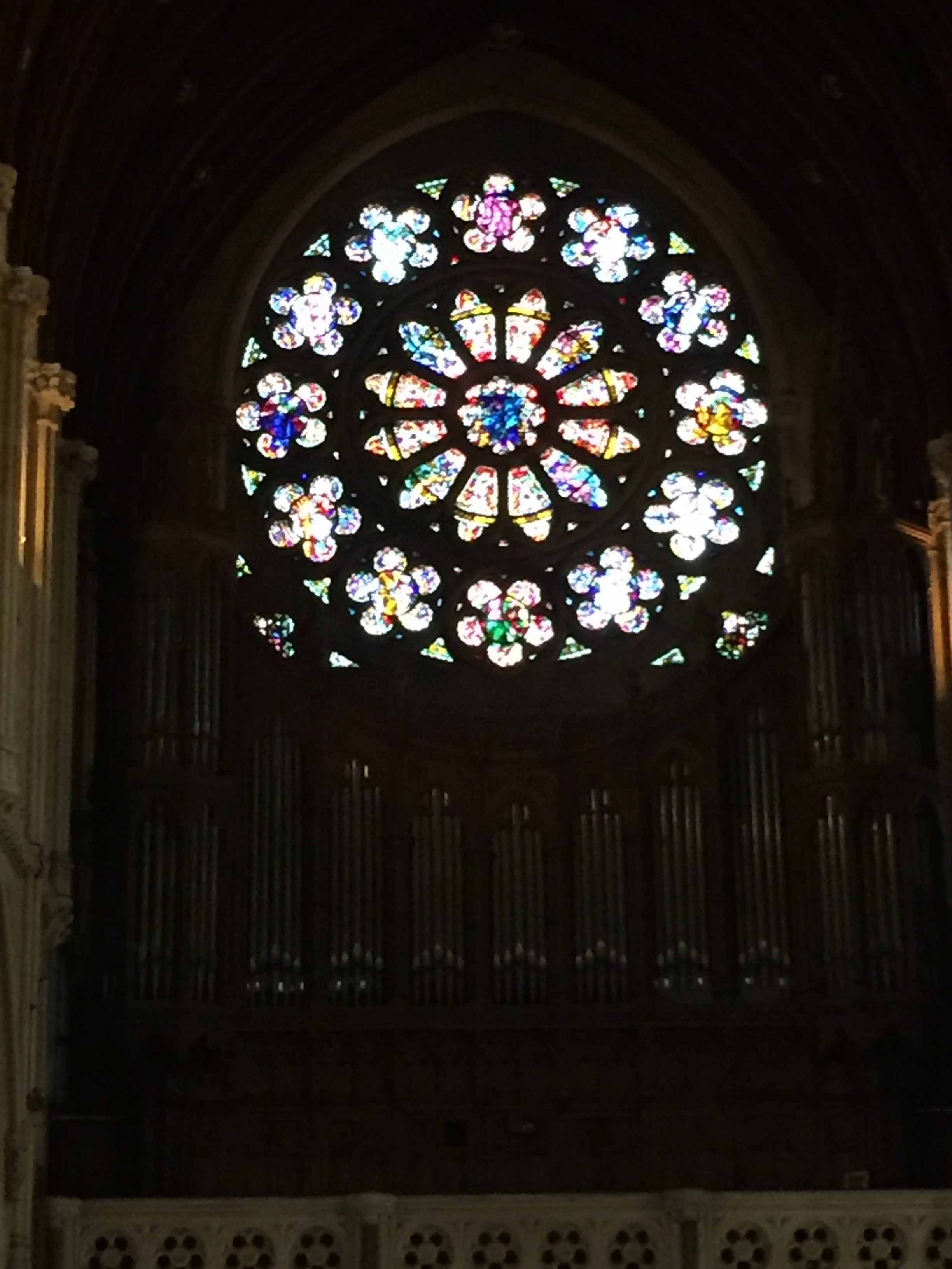 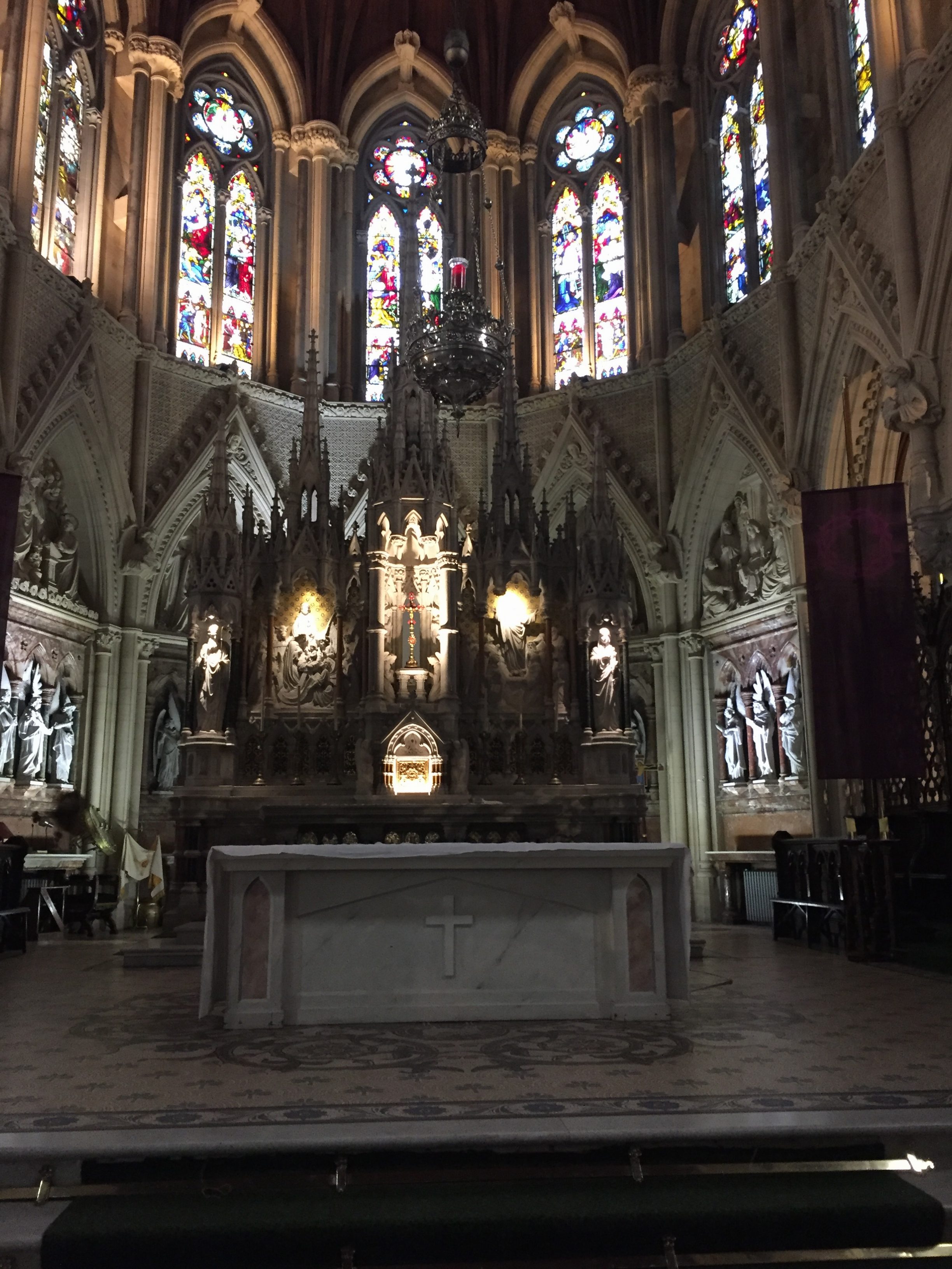 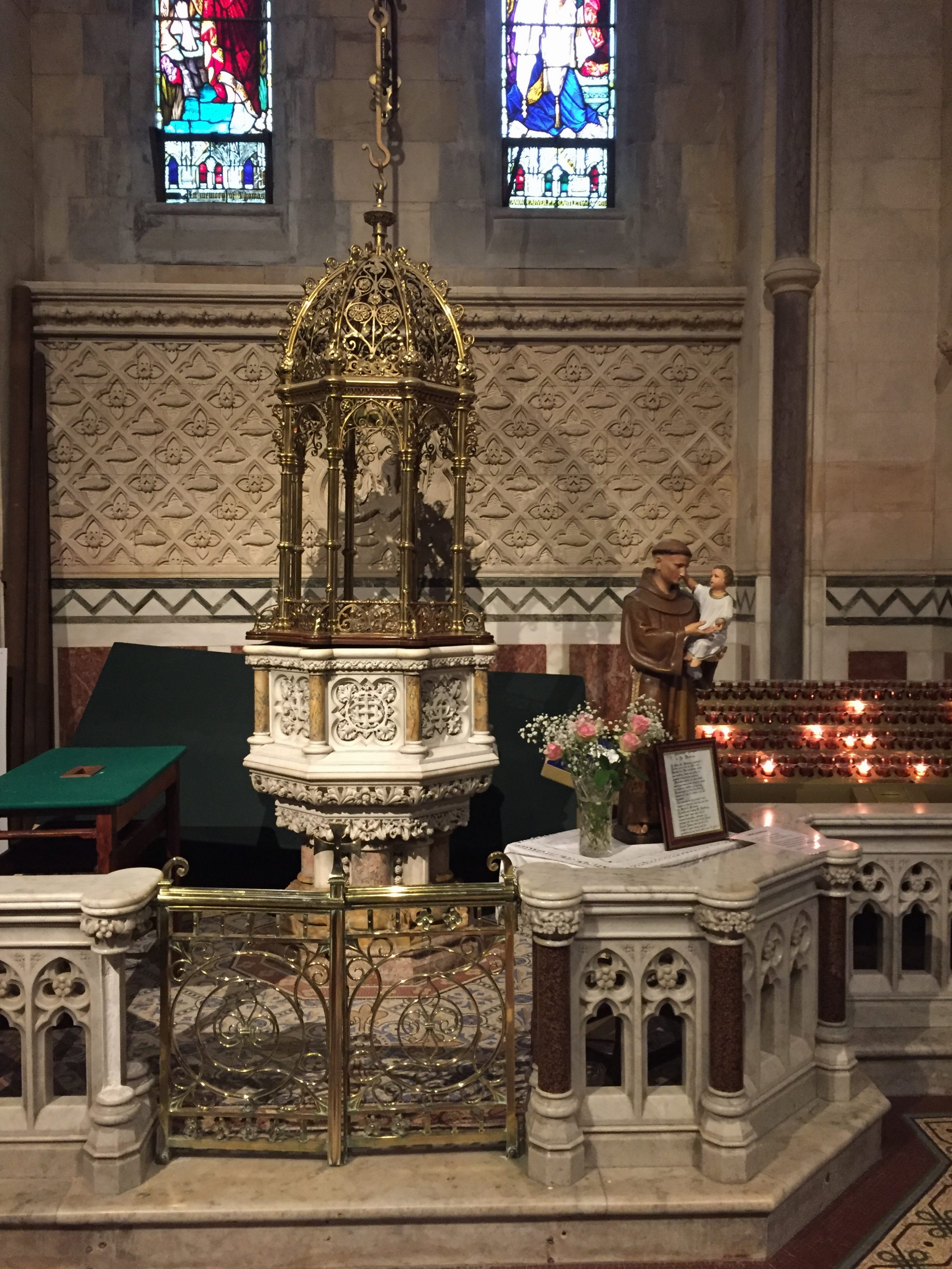 We hope you enjoyed this. Why not have a look at the rest of our website? 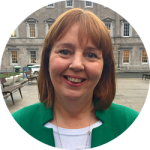 JILLIAN VAN TURNHOUT NÉE HASSETT is a respected children’s and human rights expert. She is also a former Senator in the upper house of the Irish Parliament. Furthermore, she is a founder of Genealogy.ie

Throughout Jillian van Turnhout’s career, in both the private and public sectors, her achievements have been recognised. This includes winning the Social Entrepreneur of the Year Award and Politician of the Year Award. In addition, the President of France recognised her work recently by awarding her the Chevalier de l’Ordre National du Mérite. This is the second-highest national Order of France.

Parallel to this work, Jillian has been developing her skills as a genealogist. She has researched her own and clients’ family history throughout Ireland, the UK, the USA, and Canada. Jillian is passionate about family history and understands the richness and fulfillment that goes with finding out about your ancestors and their lives. She joins with other genealogists campaigning for the publication of the 1926 Census of Ireland.

Despite the current laws in Ireland presenting a number of roadblocks, Jillian van Turnhout has broken through barriers and assisted former adoptees in tracing their roots. During her time in the Irish Senate, Jillian championed the right of adoptees to have their right to identity firmly established in law.

Through her extensive voluntary and professional career, Jillian has developed an extensive network of contacts throughout Ireland. In 2010, Jillian received the ‘Freedom of Killarney’, County Kerry.

Jillian van Turnhout has attended many genealogy conferences and seminars in Ireland, the UK, and the USA. This includes Roots Tech in Salt Lake City, the largest family history event in the world.

In the words of Roots author Alex Haley “In all of us there is a hunger, marrow-deep, to know our heritage – to know who we are and where we have come from.” Jillian has therefore decided to dedicate herself full time to bringing the richness of your Irish family history to life for you.

Have this hunger too? Why not have a look at the services we offer via the link at the bottom of this post?