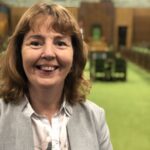 Accredited Genealogists Ireland (AGI) is a representative body for professional genealogists in Ireland. It has been in existence since 1986. You can’t just join it, anyone* wishing to become part of the organisation will first need to apply to become an “Affiliate”. Affiliates who meet certain criteria will have a chance to become a full member in due course.

The initial application is assessed by an independent Board of Assessors and includes proof of experience and a case study.

Jillian decided to start this process and has now cleared the first hurdle:

* Membership is open to professional genealogists based on the island of Ireland, who are not engaged in full-time work outside of genealogy and whose research is mainly in Irish sources.

Comments Off on Jillian van Turnhout is now an AGI Affiliate 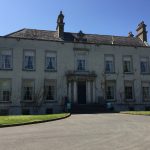 Genealogy.ie believes that your family story is not just about names and dates of people in your family tree. We think it is also about the places where they lived and worked, the houses they lived in. This is why, when we search Irish ancestry for our clients,  we  also offer Irish local history research and investigation. In most cases our research is into the history of a house or farm. But it can also be a village or even an event. Depending on records available this gives you a picture of how your ancestors would have lived. And thus add colour to your Irish family history.

Take Marlay House. Up to quite recently it was a large demesne (mansion house which was also a working farm, albeit a large one). Watch our short presentation:

Marlay as a land holding traces its origins back to the Anglo-Norman times. The Fleming family were the first owners, followed by by the Cistercian religious order. Religious orders were the biggest landowners at the time. King Henry VIII abolished them and resold the lands he took. The new owner was called Taylor.

He build the older farmhouse, a large part of it still in existence (courtyard). It was then bought by a series of families who used the property as their ‘out of town’ refuge. Living in the growing city of Dublin was unhealthy. Therefore rich families bought farms and lands and constructed mansion houses in the immediate environs of the city. The area around Marlay was very popular as it was at the foot of the Dublin and Wicklow mountains. This not only had fresher air but also offered stunning views. The first of these families built Marlay House.

This was actually the name of the wife of the owner, a bishop’s daughter. His own name was LaTouche. His family were Huguenots who had fled France. They started as weavers but became a wealthy banking family. After a few different families had owned the property, the last of them, the Tedcastle family, sold it to the local council who has turned the gardens into a great public park and is in the process of restoring the house. This spring free tours are available to see the inside of the ground floor of the house.

We hope you enjoyed the video and story. Why not have a look at the rest of our website?

Comments Off on Marlay House: A Visit 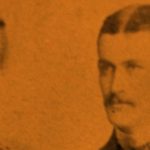 Are you considering getting help with tracing your Irish family history? It pays to get a professional specialist to search Irish ancestry for you.

With over 10 years of experience in Irish family history search and local history research, Jillian and Michael are specialists in the field.

Jillian and Michael have left no stone unturned in search of family members and stories. They have traveled throughout Ireland to find sources that can only be viewed locally. They have met with family members, as well as with local people and historians. And they have trawled through archives. In short, they have been more than willing to go the extra mile to find out a minute detail or secure a missing photo.

If you are just starting your Irish family history search, they can show you the way with an initial investigation. And point out avenues for further research and give advice on how best to proceed. Alternatively they can do the search Irish ancestry for you.

If you already have a family tree but just cannot find that elusive Irish ancestor, they can help filling in that gap.

If you have hit a brick wall, or do not know what to do next, they can help you move forward.

They can also verify your family history research for you, to ensure you have found the right people.

They can travel to places where your ancestors lived or are buried. You will receive a detailed description, complete with photo’s.

They can also enrich your family tree with local history research. This can be the history of an area where your ancestors lived, a village, or even the history of a house of farm, if available.

Finally, they can help you put your family history in a great looking presentation. This can be a slide show, video or booklet. Great for that next family gathering or as a personal gift.

Click on the image below to have a look at our services. 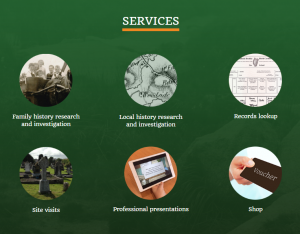 Comments Off on Why hire Genealogy.ie? 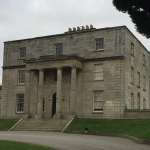 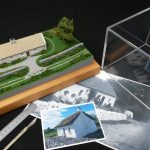 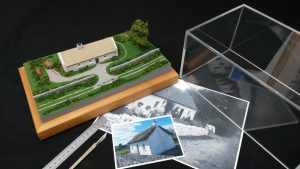 Hand-crafted in Ireland, these bespoke replicas are created using accurate information gathered during the research part of our service.

Imagine the pride you will feel when showing your family or peers one of these exquisite trophies of home, either in the Boardroom or seated at the Dinner Table.

Nothing says “Look how far we have come since our forefathers left Ireland, all those years ago”, in the way that an accurate Irish homestead replica does.

Anything is possible, the homestead as it was in its heyday, how it appears now or even the whole village your family came from can be replicated.

Be proud of your heritage, show it off! 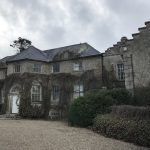 If you love snowdrops and are in Ireland in February you should visit Altamont Gardens?, Carlow. The tour by the gardener is highly recommended.

“Every visitor says it has a special atmosphere, that’s why so many people come back. Every element you want from a great garden is here, from lovely lawns, floral beds and beautiful woodland going down to the river, to a walled garden and really superb collections, such as the snowdrops, rhododendrons and the fabulous oaks in the arboretum” Paul Cutler, head gardener at Altamont Gardens.

If you can’t make it this year, check out this short video we made of our visit.  The video is an example of a presentation we at www.genealogy.ie can make of sites of historical importance to your ancestors.

Find out more about the gardens here: http://carlowtourism.com/altamont-gardens/

If you have enjoyed the garden and its story, why not have a look at the rest of our website?

Comments Off on We saw Snowdrops at Historic Altamont Gardens 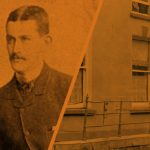 We have over 10 years’ experience in Irish genealogy research and Irish local history research. Genealogy.ie is therefore expertly placed to help you with your Irish family research. Thanks to our ready access to local sources we are often able to uncover family members and/or facts that you cannot from abroad.

If you are just starting with your Irish genealogy research, we can show you the way with an initial investigation. We will also point out further avenues for research and give advice on how best to proceed. Alternatively we can do the entire investigation for you.

If you already have a family tree but just cannot find that elusive Irish ancestor, we can help filling in that gap.

But wherever you live, if do not know what to do next, or have hit a brick wall, we can help you move forward with your Irish genealogy research. We can also verify your research for you, to ensure you have found the right people.

Get help finding your Irish ancestors from the specialists at Genealogy.ie.

WHAT YOU CAN EXPECT FROM OUR IRISH GENEALOGY RESEARCH SERVICE

Before we start we will always verify with you what it is you want to find. We will also always agree a cost with you. And we present all our findings in a clear and factual report. This reports shows you your question, for what and where we searched (to avoid any future duplication), a conclusion and advice on further research. And of course we will give you digital copies of any certificates, wills, relevant book pages, etc. we have found.

We also offer to travel to places where you ancestors lived or are buried.  You will receive a detailed description, complete with photo’s.

We can also enrich your family tree with local history research. This can be the history of an area where your ancestors lived, a village, or even the history of a house of farm, if available.

And we can help you put your data in a great looking presentation. This can be a slide show, video or booklet.  Great for that next family gathering or as a personal gift. Click on the image below to have a look at our services.

Comments Off on Introduction to Genealogy.ie – Ireland’s specialists in Genealogy and Local History Research